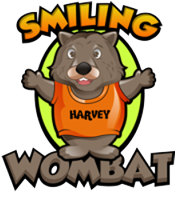 Harvey the "Smiling Wombat" Welcomes You! 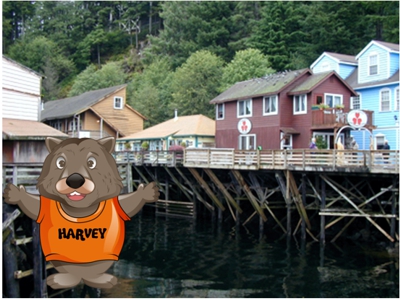 “Harvey read about the Grand Canyon when he was in wombat high school.  He put it on his bucket list and here he is - getting ready to hike down to the bottom on the "Bright Angel Trail".” 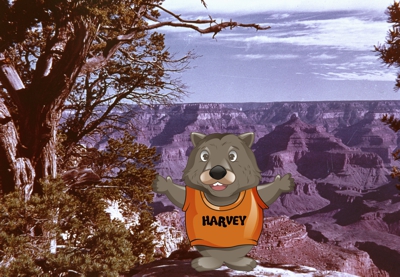 “Harvey had never seen a glacier, but he wanted to. There are no glaciers in Australia - so he traveled to Glacier National Park in northern Montana in the United States. He finally saw glaciers!" 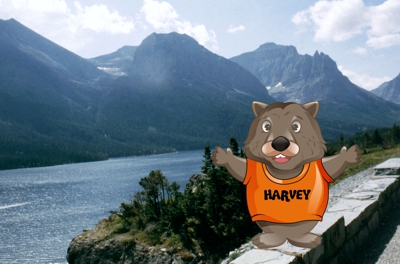 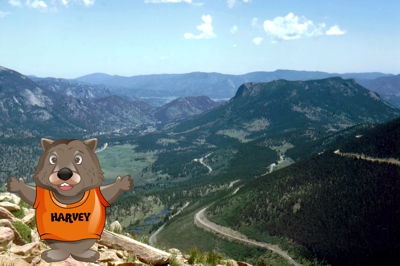 Harvey had read about Cliff Dwellings

"Harvey wondered if some of his ancestors might have lived in dwellings like this, so he went to Colorado in the United States to check it out. Here he is by the Cliff Palace." 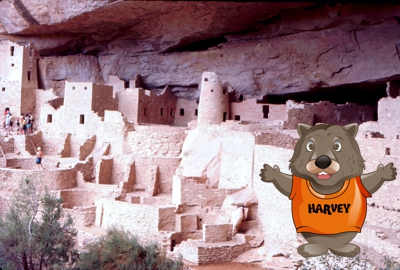 "Harvey had seen western movies and wanted to hop aboard a coal-fired, steam-powered locomotive that travels along the same railroad tracks that miners, cowboys and the early settlers of the Old West used over a hundred years ago. It was a great experience." 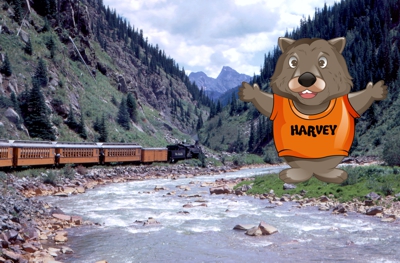 The Saga of “Harvey the Smiling Wombat”

Harvey was born in the most desolate part of the Australian outback to his loving parents Fred and Adrian Wombat.

Even though they did not have a lot of wealth, Fred and Adrian tried to give everything they could to their young wombat and, best of all, they encouraged Harvey to DREAM.

As Harvey was growing up, he devoured every bit of information he could get his paws on, including books, asking questions of older Wombats and other animals in the forest.  Harvey’s favorite friend was his neighbor, Sidney the sloth.  Sidney was always hanging around and liked to dream a lot.

Sidney would tell Harvey of all the things that he would do…climb Mt. Everest, write books, write operas, be the best ever tennis player, and perhaps even be President.  However, he just did not have the time   and  then Sidney would go back to sleep, hanging by his toes, or just watch the animals scurrying around in the grass over head.

Harvey decided that he would do some of those things because he DID have the time.

As soon as Harvey was old enough,  against Fred and Adrian's wishes,  he set off to see the world he had read and dreamed about:

Harvey now travels the world looking for new and interesting things to offer on his website,  along with sharing his adventures.


Harvey is now sponsored by Ken and Pam Graser of Smiling Wombat Sales.

Ken and Pam have over 60 years of combined experience working in the computer industry.

Ken is an Air Force Veteran and worked for 18 years at Wang Labs as an engineer and manager.   Ken then worked in a consulting role for 20 years.  He has also developed web sites and worked as a System Administrator.

Pam worked for more than 20 years at Wang Labs in customer support roles, and supported the Canadian government Banyan systems, as well as other systems.

Together, Ken and Pam also owned and operated a T Shirt business for 12 years.  When they had printed 1,000,000 shirts, Ken and Pan decided they would sell the business and do something else. So now they sponsor a WOMBAT!

Pam, Ken and Harvey hope you enjoy your visit!